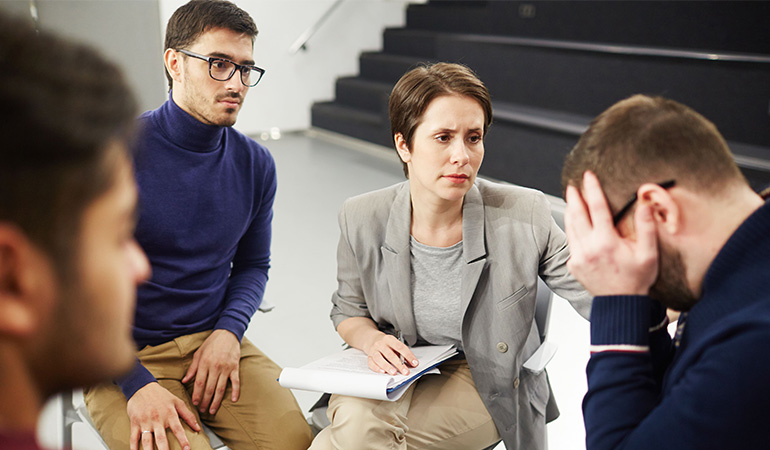 In Depression, the Apple Doesn’t Fall Far From the Tree

In Depression, the Apple Doesn’t Fall Far From the Tree

Children as young as 9 years old have an increased risk of major depressive disorder and other psychopathologies if one or more generations in their family were also affected, an analysis of Adolescent Brain Cognitive Development (ABCD) study data showed.

According to parent reports, the weighted prevalence of depressive disorder in children ages 9 to 11 years was 3.8% for those with no family history of depression, 5.5% for children who had a depressed grandparent but no depressed parent, and 10.4% for those who only had an affected parent. The prevalence jumped to 13.3% for children who came from two prior affected generations (Cochran-Armitage trend=243.77; P<0.001), reported Myrna Weissman, PhD, of Columbia University in New York City, and colleagues.

This trend was similar for a range of other psychiatric disorders, including all anxiety-related disorders, the team noted in JAMA Psychiatry.

Weissman has been studying familial patterns and depression risk for nearly 40 years; she co-authored a study published in 2016 that examined three generations of both high- and low-risk family members — an undertaking that took three decades to complete.

While intensive, this study was limited by its small and homogenous population sample. With the ABCD dataset, she was able to get results that are generalizable to the broader population, thereby confirming her original hypothesis: that a larger study would follow the same risk patterns among families as her smaller “boutique” study, she told MedPage Today.

Weissman and team used data on 11,200 children from ABCD collected from September 2016 to November 2018. Mean age was 9.9 years, and 47.8% were girls. White children made up a little more than half the sample, with Black and Hispanic children accounting for 15% and 20%, respectively.

Notably, the researchers found that the prevalence of depressive disorders among children remained relatively similar across race, ethnicity, sex, and socioeconomic status.

The difference between the impact of family history on depression and rates of depression among different demographic groups is an important distinction to keep in mind, said Brandon Gibb, PhD, of Binghamton University in New York, who was not involved in the study.

Gibb, whose research has focused on depression risk factors across the lifespan, explained that depression rates differ among women, people of color, and people with low socioeconomic status because of various added stressors; with the addition of a family history of depression, these groups become more vulnerable to major depressive disorder.

“That’s where I would have thought you would see more of an impact [of family history on depression] among, let’s say, lower socioeconomic status families,” Gibb told MedPage Today. “Because they already have all the stress of poverty, but that didn’t seem to really show up.”

For Gibb, this study underlines just how profound family history is as a risk factor for depression. Gibb hopes to see similar research in the future as children move into their teenage years, when rates of depression become even more prevalent.

“The important message is that depression begins early,” Weissman said. “Depression has an effect on all life functions. The treatment and intervention need to come as early as possible, before it becomes chronic or recurrent.”